Keeping our working area and the environment tidy increases the safety and quality of life of our employees. At the same time, we create a pleasant atmosphere around the operating units of HB Grandi. It is HB Grandi’s policy to support all activities in Vopnafjörður, Akranes and Reykjavík that in some manner relate to the company or are of importance to the communities. HB Grandi seeks to support Icelandic culture and society and has participated in various projects that relate to the development and infrastructure of the community.

HB Grandi actively participates in promoting development and progress in the community by supporting worthy causes. The projects are diverse, and through them, HB Grandi supports projects such as search and rescue operations, cultural activities and innovation and education relating to fisheries operations.

HB Grandi supports selected projects, i.e. those that support the community, protect the environment and increase innovation, by supporting NGOs and companies that encourage positive social development. Grant applications are sent to the company through its website, where its grant committee processes the request.

HB Grandi grant allocations can be divided into the following categories: 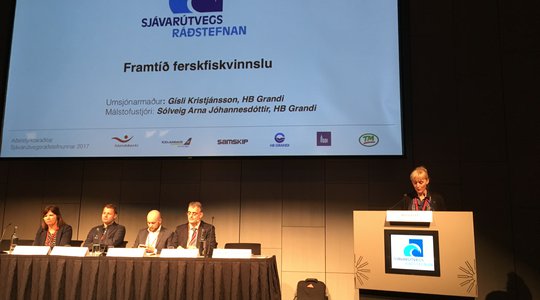 HB Grandi has been one of the main sponsors of the Seafood Conference Iceland in recent years. The goal is to gather in a single place a cross-section of the industry in order to further promote progress and other efforts. The conference is where people meet and network, strengthening connections and collaboration in the industry. The conference covers many important topics in the fishing industry, in the hope that it may inspire its guests to try out new ideas and do good work. 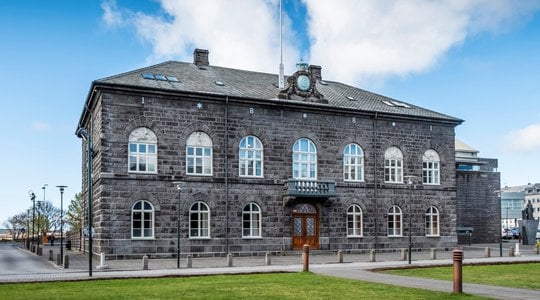 HB Grandi has supported the campaigns of political parties that have members in the parliament and who apply for grants. 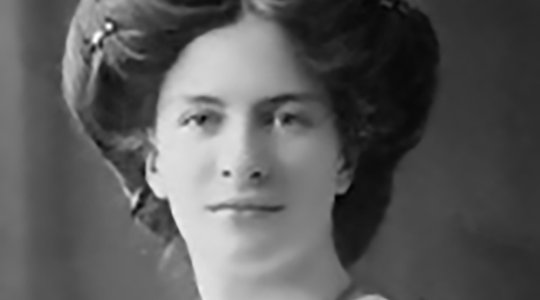 Awards from the Ása Guðmundsdóttir Wright Award Fund are granted to an Icelandic scientist who has achieved exceptional success in his speciality in science or in the academic world and has shared his knowledge for the benefit of Icelandic society. The founder of the Fund was Ms Ása Guðmundsdóttir Wright, who gave the Icelandic Science Association (Vísindafélag Íslendinga) a donation on its fiftieth anniversary on 1 December 1968. HB Grandi is a supporter of the Fund and enables the Fund to annually allocate one of the biggest awards that go to scientists in Iceland. 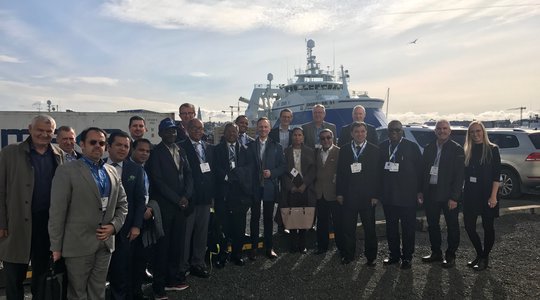 The World Seafood Congress was held in Harpa in mid-September. The main theme of the Congress this year was the growth in the blue bioeconomy. The blue bioeconomy is a reference to the importance of the sea, where there are considerable opportunities for growth, innovation, research and marketing, with food product safety, food safety, sustainability and food integrity as guiding lights. The Congress was held by Matís. This was the first time that it was held in a Nordic country. Vilhjálmur Vilhjálmsson, CEO of HB Grandi, spoke of investments in fishing and processing. HB Grandi was one of the Gold Sponsors of the Congress. 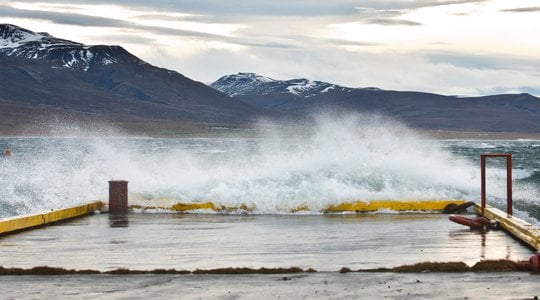 HB Grandi supports activities on its home turf: in Reykjavík, in Akranes and in Vopnafjörður. The grants are split into several categories but are all related to the community to which they are allocated in some manner. HB Grandi has supported the Society for Assistance to Mothers (Mæðrastyrksnefnd) in Akranes for a number of years as well as the same Society’s Educational Fund. HB Grandi also made a donation to UNICEF in Iceland in connection with the emergency assistance to the Rohingya people in 2017. In addition, the company has supported the Icelandic Association of the Deaf (Félag heyrnarlausra) in recent years. 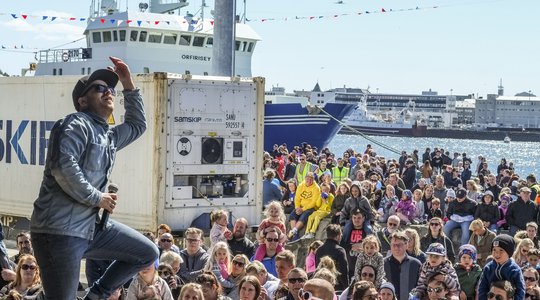 HB Grandi holds an annual family festival at the operating site of the company in Reykjavík on Seamen’s Day. An entertainment programme is provided for all the family, with fantastic entertainers as well as refreshments. 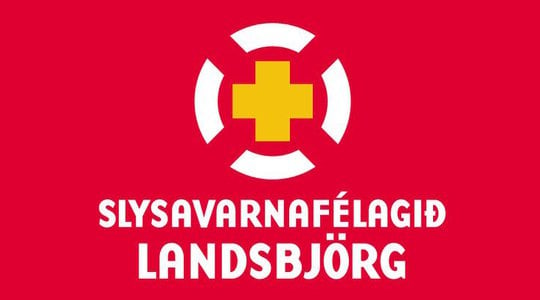 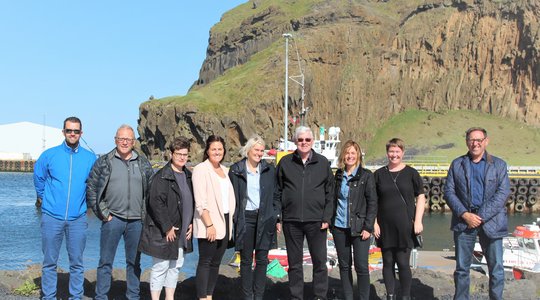 Fisheries Iceland (Samtök fyrirtækja í sjávarútvegi, SFS) operates a fisheries industry safety group that has the goal of reducing the number of accidents in the sector. The group was formally established in April 2016. The head of safety issues at HB Grandi is the chairman of the SFS safety group. The group consists of ten representatives from the sector and three members from SFS. The representatives are from the largest fisheries companies in Iceland and are all involved in working on safety issues. The first task undertaken by the group was to write a Safety Manual for fish processing plants, which is now accessible on the websites of SFS and the Herring Sector Research Fund (Rannsóknarsjóður síldarútvegsins), which supported the endeavour. The Safety Manual is a reference manual for management in fisheries companies and is intended to ensure the use of active occupational safety measures within the companies.

CULTURE AND THE ARTS 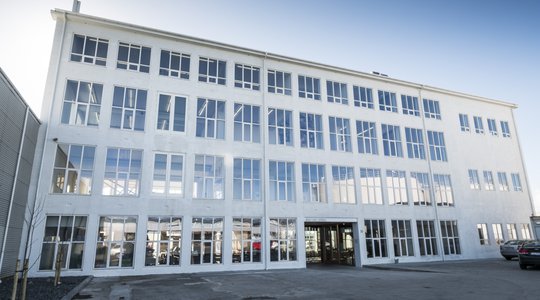 HB Grandi is the owner of the Marshall Building, which is located on the premises of the company in Reykjavík. The Marshall Building is a new venue for the arts, standing by the Old Harbour in Reykjavík. The building was built in 1948 as a fish meal factory. It currently houses the Living Art Museum, Kling og Bang, the Studio of Ólafur Elíasson and workshop and the Marshall Restaurant + Bar. The idea for the new and changed role for the Marshall Building can be traced to the architects of Kurtogpi, Ásmundur Hrafn Sturluson and Steinþór Kári Kárason. The firm was responsible for all the architectural work regarding the changes. The project was formally launched on 19 February 2016 when the agreement was signed and work began. The Marshall Building, a spectacular centre for the arts, was formally opened on 18 March 2017. 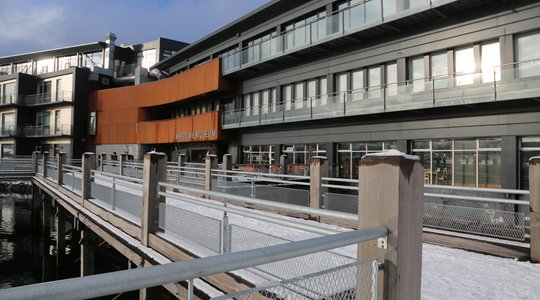 The maritime museum in Reykjavík was formally established in 2004 and opened its first exhibition in June 2006. Its role is to collect and present maritime history and artefacts relating to the sea and seamanship, particularly those that have a bearing on the history of Reykjavík. The museum is located at Grandagarður, in the premises that formerly housed Bæjarútgerð Reykjavíkur (BÚR), one of the predecessors of HB Grandi.

HB Grandi is one of the main sponsors of the Maritime Museum in Reykjavík. A partnership agreement, effective for five years, was signed in 2014. Víkin, therefore, has been able to continue with the developments that began in the museum in 2005. 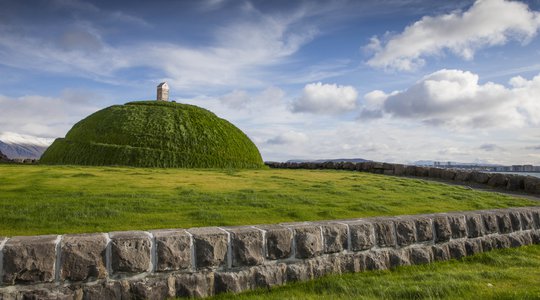 In 2013, HB Grandi, in collaboration with the Federation of Icelandic Artists and the Associated Icelandic Ports (Faxaflóahafnir), held a competition for new artwork to decorate the area surrounding Ísbjörninn, the new cold storage facility that the company built in the same year. The winner was Þúfa, a piece by artist Ólöf Nordal. Those who walk up to the top are able to enjoy one of the most impressive views of Reykjavík available. Þúfa was inaugurated at a ceremony on 21 December 2013 and has already become a well-known landmark in Reykjavík. Þúfa is visited by a large number of visitors every year and is, for example, high up on the list issued by TripAdvisor in 2017 of places to visit when in Reykjavík. 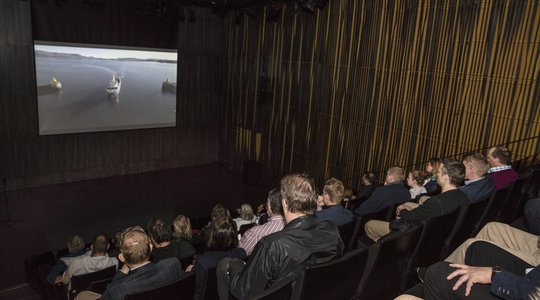 DOCUMENTARY ABOUT THE WETFISH TRAWLER ÁSBJÖRN

A documentary was filmed in 2017 about the wetfish trawler Ásbjörn, which is now replaced by Engey. Ásbjörn was built in 1978 and has proved to be an excellent vessel. Despite being among the smallest vessels in HB Grandi’s fleet, Ásbjörn was more often than not among the vessels that brought home the largest catches and was, in fact, the vessel to bring home the largest catch in Iceland thirteen times, most recently in 2014. Ásbjörn unloaded round 227 thousand tonnes in 1,542 unloads, with the catch value being around ISK 40bn at present value. The documentary about Ásbjörn was shown in Harpa on Seaman’s Day free of charge. The film was also shown on ÍNN, on the weekend following Seamen’s Day. By creating the film, HB Grandi wished to preserve the history of the old wetfish trawlers and share it with the Icelandic people. 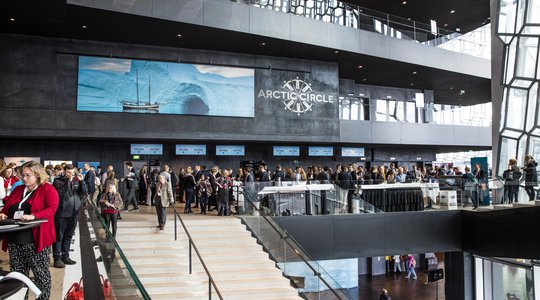 HB Grandi is one of the sponsors of the Arctic Circle Assembly , i.e. a “Strategic Partner”. Arctic Circle is an open democratic platform with participation from governments, organisations, corporations, universities, environmental associations and others interested in the development of the Nordic region and its consequences for the future of the globe. As such, Arctic Circle is the largest platform of its type in the world. The Chairman of Arctic Circle is Ólafur Ragnar Grímsson, former President of Iceland. 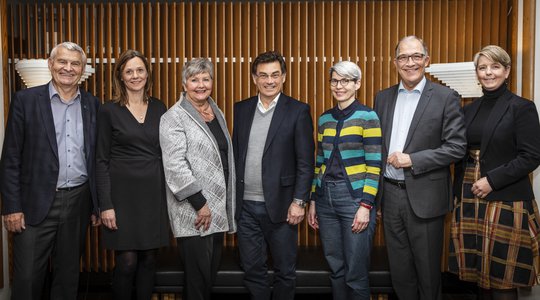 HB Grandi is one of the founders of Hafið, the Icelandic Centre of Excellence for Sustainable Use and Conservation of the Ocean. The Centre is intended to work on the development of ideas on the protection of the ocean by reducing pollution by means of green technology. The project is far reaching and ambitious and is supported by a large number of entities in addition to HB Grandi. Hafið is a platform for the collaboration of companies, organisations and research laboratories who wish to involve themselves in ocean protection issues on a global level. 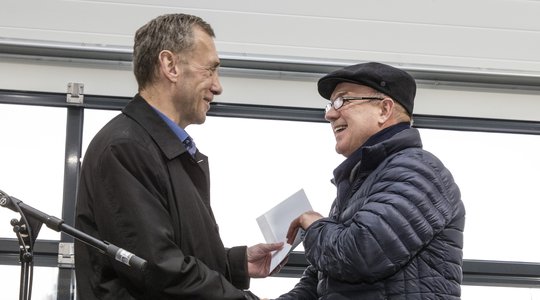 The company has twice, in connection with the opening of its sorting stations, supported the operation of the Blue Army, most recently in 2017. 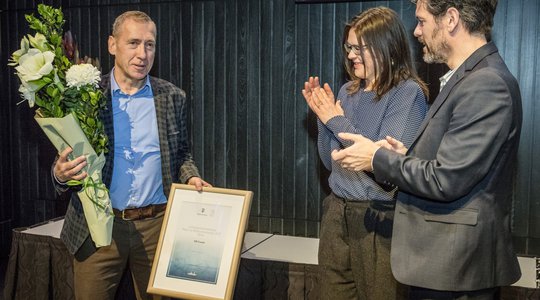 HB Grandi signed, together with 103 other Icelandic companies and public bodies, a declaration on climate issue goals on 16 November 2015 in Höfði. The declaration was delivered in connection with the UN Climate Conference held in Paris in December 2015. The City of Reykjavík and Festa, the Icelandic Centre for Corporate Social Responsibility, have managed the declaration from the companies. The goals of the climate project are to:

HB Grandi supports sports and youth activities for the benefit of children and youngsters in Akranes and Vopnafjörður. Thus, the company supports general public health, both physical and mental.