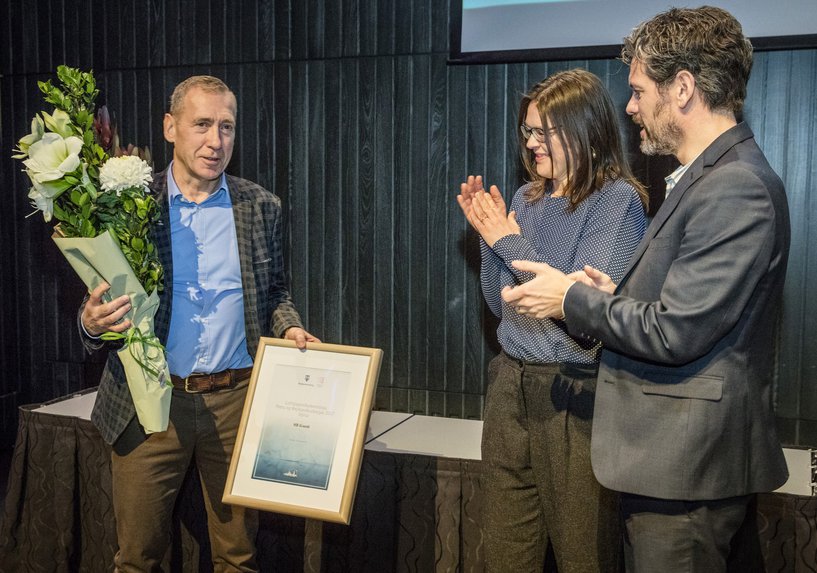 This section will touch on a few issues that arose in 2017.

The official HB Grandi policy is to promote responsible value creation from fisheries. This means maximising the value derived from shared natural resources that the company has been entrusted with and to do so economically.

The history of HB Grandi is a history of changes, innovation and technological development. The company intends to continue to shape the future of sustainable fisheries in Iceland.

HB Grandi intends to set a good example in the community, and company staff strives to be a credit to the company in all their work. Discussions on sustainability are aired regularly whenever the company makes changes to its operations. Even if such changes prove to be controversial, they are always intended to strengthen the company as a whole and ensure its continued success and that of those who work there.

The wage negotiations between Fisheries Iceland (Samtök fyrirtækja í sjávarútvegi, SFS) and the unions representing fishermen were difficult for all those concerned.

When collective wage agreements between SFS and the unions were reached in November 2016, union strikes were postponed. Fishermen rejected the agreement through electronic voting which took place over four weeks, resulting in a general strike on all vessels employing SFS members, including the vessels of HB Grandi, on 14 December 2016.

By June 2016, an agreement had been reached with the Merchant Navy and Fishing Vessels Officers Guild (Farmanna- og fiskimannasamband Íslands) as regards the work of ship’s officers, making the December 2016 general strike an even greater disappointment.

The fishermen’s strike halted all fishing and processing at HB Grandi and other fisheries companies. The negotiations were fierce, and there was considerable pressure on both sides, as significant financial interests were hanging in the balance. Daily operations did not begin again until after an agreement was reached on 19 February 2017, ten weeks later.

The suspension of operations caused considerable loss of income for both HB Grandi and the company’s fishermen. Processing staff also suffered a loss of wages while waiting out the strike at home. The company made the decision to compensate for this loss to some extent by paying them a fixed salary throughout the strike.

HB Grandi respects the rights of fishermen to go on strike and trusts that such decision is never made lightly. The company, moreover, recognises its responsibilities as a stakeholder. Such responsibility means bearing in mind the interests of all parties and to protect, to the extent possible, the company’s market position and operability while efforts are made to reach a solution acceptable to both parties.

The fishermen are the core of the company’s operations. HB Grandi, therefore, places great importance on maintaining a close and professional partnership with its fishermen as regards salaries, safety issues, facilities and other aspects that relate to the work of the fishermen.

Streamlining of groundfish operations in 2017

The biggest change in HB Grandi’s operations in 2017 was relocating the groundfish processing from Akranes and merging with the plant in Reykjavík. It was clear that operating two processing plants instead of one in the same area was causing losses. HB Grandi already had facilities to process groundfish in Reykjavík.

The change meant that 92 of the 270 employees working for the company in Akranes were dismissed. Efforts made to find new positions for everyone who so wished were met with significant success. Of the 92 who were dismissed, 50 found positions in the other operating units of HB Grandi or its subsidiaries in Akranes, 5 retired due to age or ill health and 37 did not apply for positions available at HB Grandi, but by the end of the year 20 of these had found other work.

As soon as the company’s plans were announced, HB Grandi was heavily criticised and accused of not being socially responsible.

Decisions such as these are not taken lightly. Account had been taken of economic, social and environmental aspects, and the company considered it irresponsible not to embark on these changes. The company is duty bound to seek, at all times, means to streamline its operations and to respond to loss-making operations without undue delay. HB Grandi, therefore, was under obligation to embark on the appropriate measures even if such measures could be controversial.

Groundfish processing began again in Vopnafjörður in 2017. Over the past ten years, the company’s operations in Vopnafjörður had exclusively involved processing pelagic species. A foreseeable downturn, however, indicated that there would be longer pauses between fishing seasons. Under such circumstances, there is the risk that people would begin to think about relocating elsewhere if there were insufficient employment locally. It was of great importance to HB Grandi, therefore, to continue to be a significant provider of jobs in Vopnafjörður. The groundfish processing plant was completely renewed and investments made in new processing lines.

For the purpose of ensuring raw material for the processing plant, and without reducing the catch share of other processing units owned by the company, HB Grandi purchased a catch quota of a little less than 1,600 cod equivalent tonnes from Hafnarnes VER in Þorlákshöfn. HB Grandi is of the opinion that this change was necessary. Job opportunities in Vopnafjörður are limited, and the company had to ensure that its workforce in Vopnafjörður has sufficient work year-round.

The freezer trawler Þerney RE was sold during the year, reducing the number of freezer trawlers from three to two. In addition, an agreement was reached during the year for the construction of a new freezer trawler that is powerful enough to replace two vessels. This vessel will be delivered in mid-year 2019. In the latter part of 2017, therefore, only two freezer trawlers were operated by the company, while there were four wetfish trawlers. A total of six vessels for groundfish fishing were operated from November 2017. Three of these are new and equipped with the latest technology. The operation of the first of these, Engey, began in autumn 2017. The operation of Akurey will begin in early 2018, and the operation of Viðey is expected to begin in spring 2018. These vessels will replace three older vessels: Ásbjörn, Ottó N. Þorláksson and Sturlaugur H. Böðvarsson.

The move is one of the most extensive modernisations in the field of groundfish operations that HB Grandi or any of its predecessors have ever embarked on. A total of six vessels will be used in groundfish operations, while a decade ago there were ten in operation. Inevitably, the reduction in the number of vessels will lead to a reduction in the number of fishermen. On the sale of Þerney, the entire crew of the vessel, a total of 54 crew members, were made redundant. Only some of the crew could be found other positions on other vessels operated by the company, as the number of positions has decreased due to the vessels becoming more technologically advanced.

With more efficient vessels and processing methods, where the most difficult tasks have been automated, productivity can be increased, something that is necessary for the company being able to contribute to society while still ensuring its employees a secure working environment and competitive wages. These changes to the construction of ships and the technological developments currently taking place in the Icelandic fisheries sector will enhance the competitive ability of Icelandic fisheries companies internationally and at the same time, have a positive impact on the environment and the safety of fishermen. The new vessels are intended to significantly decrease the number of serious accidents as well as strain-related illnesses. Many of the accidents at sea have been in the holds of ships, but the new wetfish trawlers have automated holds that do not require any human workers. This considerably increases the safety of the crew and improves working conditions.

The management of HB Grandi is proud of its employees, and the company takes its responsibilities as an employer seriously. This is why the streamlining in the operation of the groundfish fleet of the company and in the groundfish processing plants, which took place in 2017, was necessary to strengthen the company as a whole and ensure its continued success and that of all who work within it. 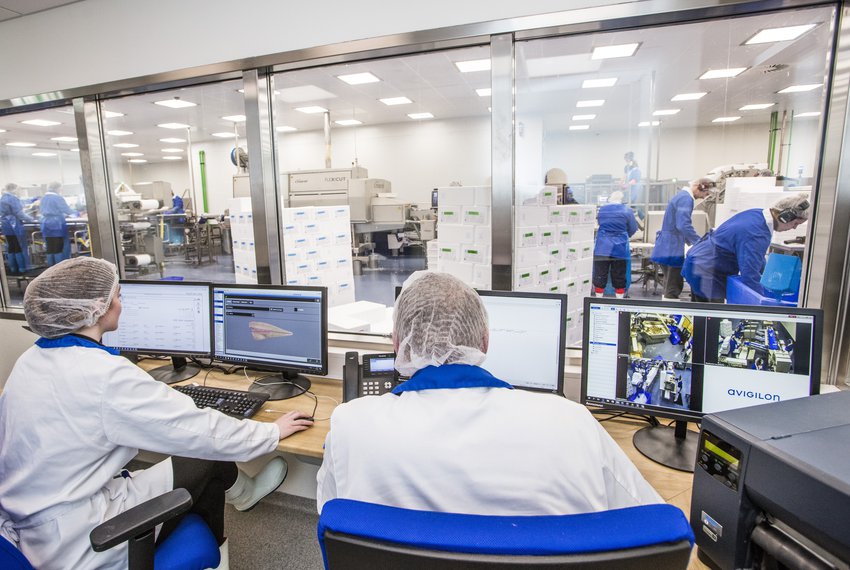 The procedure used by HB Grandi, and which is considered responsible fishing practice, is to fully utilise all catches that the fishing vessels of the company bring in to create as much value as possible.

BIRDS AND A RANGE OF MARINE LIFE FORMS

The Icelandic authorities have established strict rules on the weighing and recording of marine catches, and the employees of HB Grandi make every effort to follow them to the letter.

It is of extreme importance for HB Grandi, as well as for the Icelandic fisheries sector in general and the nation as a whole, that the condition of the fish stocks is healthy and that information on catches and conduct with regard to the marine ecosystem is reliable, traceable and transparent.

The groundfish operations of HB Grandi are carried out almost exclusively with bottom trawls. The fishing operations are in all cases carried out in accordance with Icelandic laws, and all closures are respected, whether temporary closures of areas due to spawning or whether due to the fragile condition of bottom biota.

HB Grandi participates in two developmental projects that have the goal of achieving better success with bottom trawl fishing. One is called the “Breiðvarpan” (broad trawl) and is a collaborative project with Hampiðjan. The other project is the development of a new type of trawl doors in collaboration with ECCO trawl doors.

Both projects have the goal of increasing the productivity of the company by increasing catch per unit effort (CPUE), achieving higher catch values, lower fuel costs and decreasing carbon emissions.

The Directors of HB Grandi are of the opinion that the bottom trawl will continue to be the best fishing gear for groundfish in Icelandic waters or until other and better technology appears. 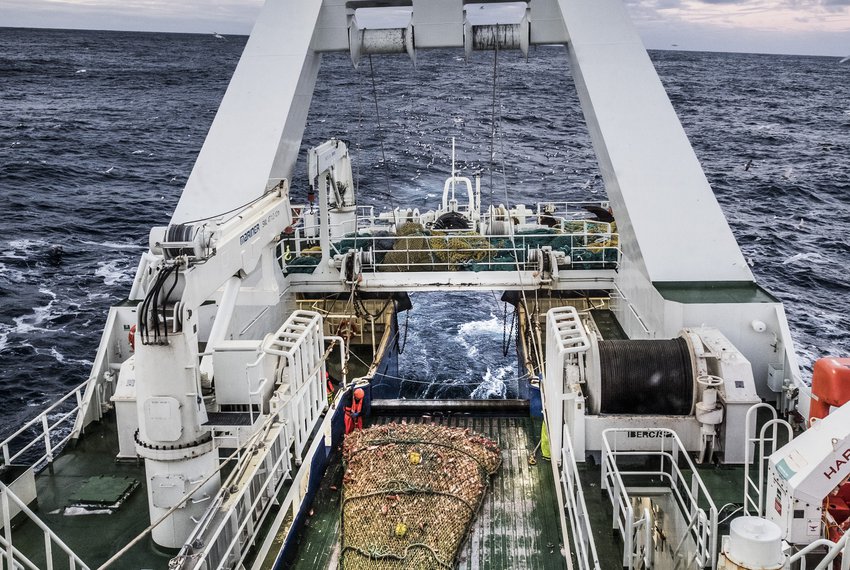